What Did the Legislature Do? 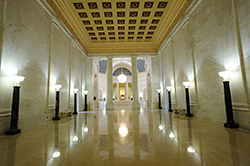 Please join us for our annual post-legislative session meeting when we hear about legislative winners and losers and implications for us all from actions taken during the 2019 session.

A native of Washington, W.Va., Dave Mistich joined West Virginia Public Broadcasting in October of 2012, as the Charleston Reporter. He covered stories that 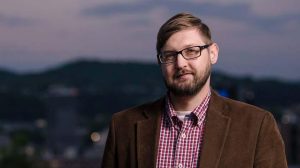 ranged from the 2012 general election, the effects of Superstorm Sandy on Nicholas County and a feature on the burgeoning craft beer industry in the state. Dave has contributed to all locally-produced news and public affairs programs at West Virginia Public Broadcasting, including West Virginia Morning and Inside Appalachia, as well as The Legislature Today.

Dave has also contributed to NPR newscasts  and newsmagazine programs, including All Thing Considered, upon multiple occasions–covering the major gas line explosion in Sissonville in December 2012, U.S. Sen. Jay Rockefeller’s announcement in January 2013 that he won’t run for reelection in 2014, the murder of Mingo Co. sheriff Eugene Crum in April of 2013,  a set of new lawsuits against DuPont for their production of C8, and the January 2014 water crisis that affected 300,000 West Virginians across nine counties. He also covered the February 2015 CSX oil train derailment in Fayette County.

In June 2013, his coverage of the Sissonville gas line explosion won an award for Best Breaking News from the West Virginia Associated Press Broadcasters Association.

When West Virginia Public Broadcasting launched its new web presence in October 2013, Dave became Digital Editor / Coordinator. In this role, Dave oversees news coverage online and works with the rest of the news staff in developing new and unique ways of telling stories on the web.

Before coming to West Virginia Public Broadcasting, Dave worked as a freelancer for various newspapers and magazines locally and around the country, including The Charleston Daily Mail,  Relix, and PopMatters, where he focused exclusively on critiquing and writing about popular music.

A graduate of Marshall University’s W. Page Pitt School of Journalism & Mass Communications, Dave holds a Bachelor of Arts in Radio-Television Production & Management.  He has also served as an Innovator in Residence for West Virginia University’s Reed College of Media, where he helped an experimental journalism course investigate water quality using sensors and data reporting.

Please make your reservation by Friday, April 5, 2019, using the forms below.